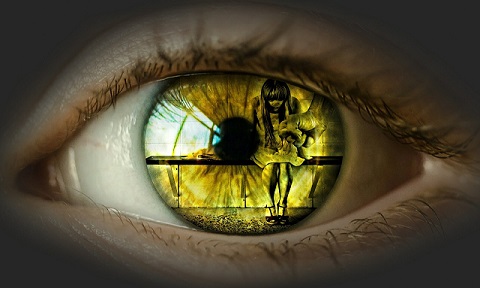 Maybe I shouldn’t have come back?

The atmosphere carried the stain of violence forcing my mind into a past I would soon like to forget. The house itself was as decrepit as him - falling apart with age and no one willing to fill the void of loneliness. With every creak of the floorboards, a memory surfaced. I had all these same creaks memorized as a child, it was the only way to tell where he might come from next. Full of booze and smelling like death, I swear the remnants of his stench lingered. It’s the kind of smell that lines your nostrils as the fear sticks in the back of your throat.

Everything looked the same. Fist-sized holes remained in the walls, cupboards hung from their hinges and blood appeared to be absorbed into the wooden surfaces. Right down to his lime green recliner in front of the fireplace. I can picture him sitting there, his head rolled to the side, deep snores starting through his nose and ending through his open mouth. Sometimes, I would hear him stop breathing and hoped to God that this was going to be the moment he stopped for good but it never was.

I always thought she was weak for sticking around. After all, what kind of mother allows her child to be brought up watching her be used as a punching bag? But, as an adult, I recognize how incredibly strong she had to be. She endured such vicious savagery for my safety. I often wondered if she had a support system to turn to, a place to hide, money given to her, would things have turned out differently? I also now know, the lack of such things, was not her fault.

My boots echoed around the house as I walked toward the last room in the house and a regular feature in my nightmares – their bedroom. She was wearing a beautiful sunflower halter dress with pleats through the bottom. Most of the dress was white minus the bold, yellow sunflowers pictured all over. By that afternoon, that white dress would look like someone had dipped it into a can of red paint.

I, of course, found her.

At first, I thought she was sleeping. It never seemed odd she’d have the doona pulled up over her head in the middle of summer. I barked out a laugh, threw myself on the bed and yanked the blanket from her face. I wake up screaming every night as my mind replays the horror of that moment. Her once vibrant blue eyes fixed and soulless. He didn’t beat her to death like I always stressed about. No. He used a knife to crudely open up her throat. The thought of such a death even now almost brings me to my knees.

Why is that the good die young while monsters continue to live?

Picking up the can, I looked around the house one last time hopeful that by doing this I would somehow purge the past. I don’t even try and remember any of the good times… I don’t think they exist. The echoes of my mother’s screams, the roar of his hateful words, the sound a fist makes as it connects with bone, is all this house represents. The smell of petrol gets stronger as I douse the wood. I make a trail out the front door, down the broken steps, and onto the dead grass. One match is all it took. With smoke billowing and flames shooting through every crevice of my horrible childhood, I turned my back and walked away.