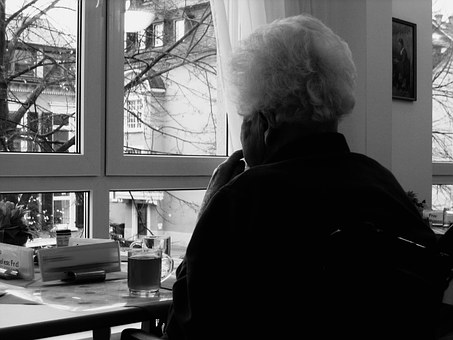 "I can't believe we're doing this."

Alice shook her head as she turned the knob of the front door.

"This is what everyone does. Trust me, it's been an open house now for three hours, I doubt anything good is left anyway."

Peta stepped over the threshold hoping that wasn't true. She'd been to five open houses of dead, rich people in the last two weeks and scored so many expensive things for next to nothing, this house was better than all those combined. After all, the lady who died here was one of America’s true treasures, in her opinion anyway.

"Who was this lady?" Alice's eyes searched the expanse of the foyer, her mouth almost dropping at the sight of glistening marble floors, high chapel-like ceilings and the biggest crystal chandelier she'd ever seen.

"Tabatha Wainwright. Only the most famous author of her time." A woman with an ID badge popped in from the adjoining room. "Sadly, she was survived by no one and since there are some bills left to pay, everything is up for grabs." Her hands tightened around the clipboard she was carrying. "Shall we start in the bedroom?"

Alice and Peta both nodded and followed the woman up the large curving staircase and into a bright-lit room with a four-poster king bed. There were still items on her bedside table which disturbed Alice even further. The glass stood tall with left over water. A pill bottle with the lid off sat next to it. A tattered, old book she was reading with a feather bookmark sticking out of it... she was almost finished. A to-do list with the most mundane things - ask Pierre to pick up laundry, pay the cleaner, and a black and white photograph of her younger self with a man in a military uniform.

Her life was all around the room yet a heavy melancholy filled the air. Goosebumps spread across Alice's skin.

"How long has she been deceased?" She rubbed her hands up and down her arms.

The woman stood off to the side to allow them room to look around. "Three days."

Peta snorted. "Seriously? It's not like Tabatha can take it all with her."

Alice shook her head. She couldn’t stop thinking about who this old woman was and now what her life has been reduced too – people scavenging in her home for her belongings. For some reason, she had a picture of a small, petite woman, someone’s grandmother, with age spots and white, perfectly permed hair. She obviously had impeccable taste. A Leonardo da Vinci hung opposite her bed. Alice imagined this being the last thing the woman saw before she died. She shivered. Was she lonely? Did anyone bother to be in her life? She was a woman who, given her career choice, would be forever immortalized in the eyes of those who loved reading her lasting words but never had any family left to leave her belongings to let alone say goodbye.

It made Alice so much more grateful for the people in her life, after all, the material things mean nothing if you have no one to hand them down too.